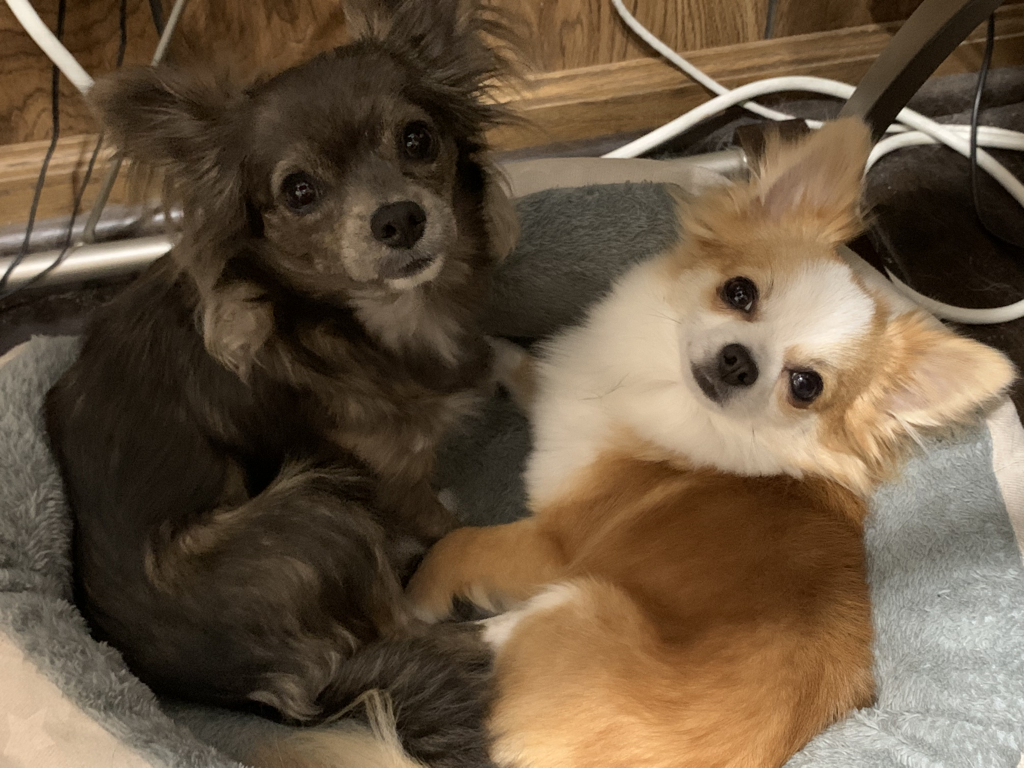 This Beautiful baby is soft and loving. She loves to suddle and snuggle.
She has been adopted by Cindy and her husband.  Who are also adopting Quasimodo.  Cindy is the Grandmother of Ren, Fin and Jem  so they will have dailiy play dates!

This hand some fella has a beautiful coat with cream spots by his ears and eyes.  He Also has a few spots on this back. However he is mostly white.
He has been adopted by Docylyne of Toledo OH.

This little man has  ahuge personality at 3 weeks old he is white with Blue markings on this back he also as brown Eyebrows.He will have a big sister Kiwi to play with from March 2019 litter.
He has been adopted by Julie & Aaron S in Barrington, IL
All photos, videos, blog content, graphics, and contracts are the sole property of KiarasAKCpuppies.com.
Kiara's AKC Chihuahuas of Michigan